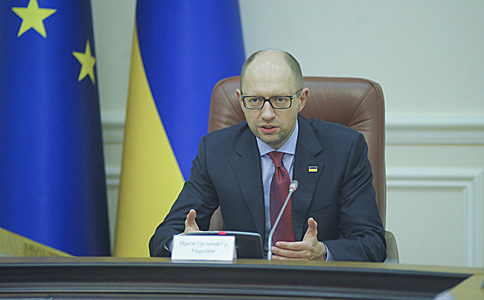 “My position was and remains the following: we need to replace all 9,000 judges, not just to redecorate [the judiciary],” stated Prime Minister of Ukraine Arseniy Yatsenyuk at a press conference on the outcomes of 2015, on Tuesday, December 29.

Arseniy Yatsenyuk has explained that redecoration of the judiciary looks like an imitation, when all those who judged illegally stay in their offices and continue judging illicitly.

The Prime Minister called the judicial reform “a national priority for next year”: “You cannot fight corruption having the corrupt judicial system, because this means political or contract trials, bribery and lack of protection of rights and freedoms of citizens in this country. You cannot attract investors if there is no rule of law, no court able to protect, when you cannot bring to justice any official.”

“Thus, judicial reform is the foundation of any democratic society. Independent, honest and fair trial is a task for the whole Ukrainian authorities,” emphasised the Prime Minister.