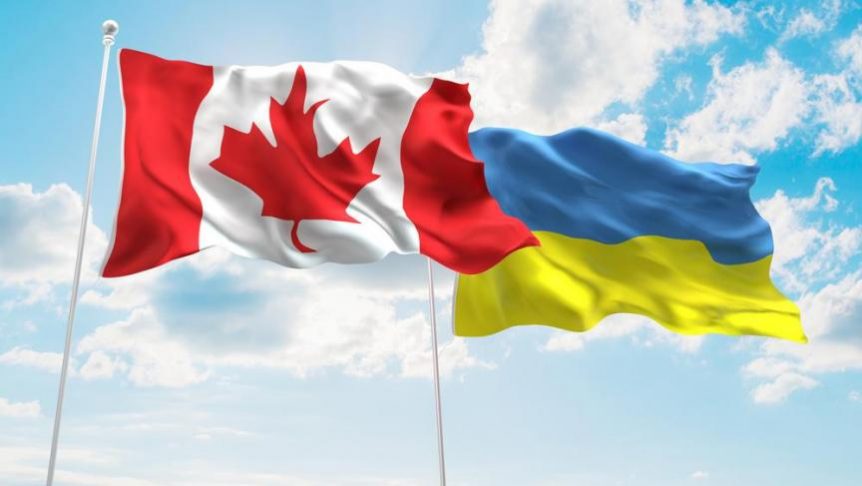 On July 11, 2016, Ukraine and Canada entered into Canada-Ukraine Free Trade Agreement (CUFTA) aimed to establish a free trade area and strengthen partnership for peace and prosperity, stability, and broad-based economic development between the two countries. CUFTA agreement is targetted at trade of goods; it does not cover services or investment. The agreement will come into effect on the first day of the second month following ratification of the agreement by legislatives branches of both countries.

Conclusion of the CUFTA is the result of a six-year long negotiation process and signing of the agreement marks a new milestone in the already long-standing ties between Ukraine and Canada.

Key highlights of the CUFTA agreement

At present, top 10 Ukrainian exports to Canada include copper, Oil, Iron and steel,  tanning, dyeing extracts, iron or steel products, machines, engines, pumps, fertilizers, toys, games. Top 10 Canada’s exports to Ukraine include oil, pharmaceuticals, fish,  machines, engines, pumps, iron or steel products, meat, medical, technical equipment,  electronic equipment:, oil seed, and cereals. Canada’s exports to Ukraine amount to $191.2 million or 0.4% of its overall imports, whereas Ukraine’s exports to Canada amount to $72.4 million or 0.1% of its overall exports of Ukraine. These numbers are quite insignificant but there is a strong hope that CUFTA agreement will create new opportunities for businesses in both countries.

Long-Established Ties Between Ukraine and Canada

Ukraine and Canada ties have long-established roots in political and economic cooperation between the two countries.

There are a number of Canadian governmental and non-governmental organizations operating on the territory of Ukraine, that are actively involved in providing various types of assistance and strengthening the cultural, educational, and economic ties between the two countries.  The Canada-Ukraine Chamber of Commerce plays an important role in development of trade and business relations between the two countries. Canada has been a stanch ally of Ukraine during the country’s current conflict with Russia and has provided material support for Ukraine’s right to defend its territory against Russia. One of the important factors for warm relations between Ukraine and Canada is the strong people-to-people ties between the two countries, with almost 1.3 million Canadians of Ukrainian heritage.

For Ukraine, this bilateral agreement is an important opportunity to re-align its economy to new markets given the difficult political situation with Russia who was the main business partner of Ukraine until 2013. Ukrainian Government also expects increase of Canadian investments as a result of entering into CUFTA, which could fasten the process of getting out of the country’s current economic crisis. More Canadian companies are expected to establish business in Ukraine and take advantage of the new free trade agreement.